Like the typical accountant, work has been veeery busy these past two weeks of the new year. I felt like I was triple-hatting with yearend books closing, 2017 budget planning, and my new role – zone financial planning and analysis.

I’ve been undergoing some career dilemmas in the last quarter of 2016. Our company is having a “simplification” exercise or plainly, some streamlining of processes AND people. We new about it at the start of the year, some people have already been announced to be affected mid-year, and (though I was still a bit shocked) I came next last end of September in the latest updates on the exercise.

It’s like my boss just waited after my birthday. HAHA.

When being asked, I kinda knew I will come in next. The business unit that I’m handling is unique and they have a good support in the regional level making it very easy for them to substitute the local people. Still, getting laid off at age 27 in a company I’ve been in for just one year never occurred to me as something possible. Actually, looking back, I realize it’s a similar case with what happened to Fitz of ReadyToBeRich. So maybe this circumstance will propel me to something better eventually?

It did. But only after weeks of frustrations over my career.

The first plan that I had was to actively search for a new position internally and abroad. It’s been my plan to work outside of the country for the past couple of years and I was supposed to only stay here some time to build a good foundation so I can be considered for an international role. Maybe this was my break to move with that? I applied for a Pricing Analyst position in Galway, Ireland. My friend just moved to Dublin and I was hoping I could somehow join her there. Unfortunately, I didn’t get a response despite knowing the hiring manager somehow. It was a long shot and in the end, it did not progress.

Second, I really cannot afford not to work. I am supporting my brother’s tuition and I have bills to pay. So despite having stayed in the company for only a year, I was ready to jump ship and look for a job abroad. I don’t wanna try again in a local company only to aim for an international position still. I’m just wasting years. Even though I have no idea to start, I wanted to apply directly to a role outside the Philippines and was already considering which country to go to. I submitted some applications through LinkedIn but it also didn’t bear fruit.

So after plan A and plan B both did not work out, I entered into a state of numbness. Like anything can happen but nothing will affect me. My final stage was that I was ready to wait it out ’til I get the severance package. This was also the time I got the courage to try out being a financial advisor with SunLife. It fits my interests and at the same time it could be a temporary substitute to my income. This was my light at the end of this dark dark tunnel.

And then, my boss had me interviewed by the Sr. FPA manager in the zone last end of November. By mid-December, I was already transitioning to my new role.

I can’t help but feel uncomfortable with all these changes. At the start of 2016, our plan was that I stay in my current role for another 2 years to stabilize the business. After all, I have been in the company for just months then. Now I am on my second stint in this company, and in a role I haven’t gone through before. Of course, I am grateful! Not everyone could be as lucky to have been given this opportunity – and it is a good one. Incidentally, it is also aligned with my plans to work abroad as my role will have a lot of exposure to the region and East Asia countries including Japan. But the pessimistic person in me wants to be sure that I will be okay here. And that the dust will settle, and that I can succeed in this new challenge that I’m facing.

Off to 3 weeks in Singapore as of this writing. 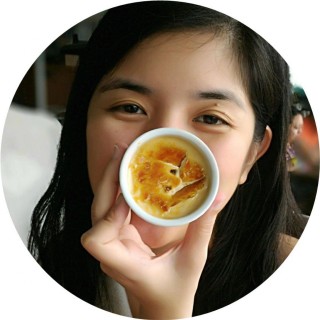